With the recent announcement and now shipping of the GoPro Karma, many have wondered where the name came from. In a recent interview about the drone, GoPro’s CEO, Nick Woodman said “We believe that when people share experiences, those experiences become more meaningful to the people that capture them, GoPro enables people to share experiences in such a way that the people who are receiving that story, in some ways, feel as though they experienced it themselves. Because the story was not captured from the sidelines, the story was captured from within the experience. So in this way, GoPro is an experience-transfer company. An experience-sharing company. And there’s an energy transfer in that. A chi transfer in that to a certain degree, potentially, a karma transfer to that.”

We hope that GoPro’s Karma will lead to good sales of their new drone offering! For more about Karma and the development of the product, check out this story on Mashable.
http://mashable.com/2016/09/20/why-gopro-drone-called-karma/#W1EQtdIr5Pqs 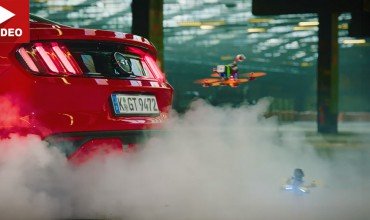