3DR’s new release, as of April 2016, introduces a ton of new features and “Smart Shots” to its flagship drone, Solo.
In addition to the existing Cable Cam, Orbit, and Follow, 3DR has released updates to its software that include augmented reality, interactive scene awareness, and new Smart Shots. The augmented reality gives you a kind of “heads up” display that overlays animations on top of your live camera view. You may see things like your orbit path, your home position, or obstacles on your screen. Custom geofencing allows you to set an area that Solo can’t leave based on GPS coordinates. Rewind allows the user to go backward over the last 60’ (user customizable) of your flight, following the same path. In addition to these new features, there are three new “Smart Shots”: Pano – which allows users to easily capture an aerial panorama, Zipline – that is an update and more dynamic version of Cable Cam, and finally, some sophisticated updates to the Follow mode. 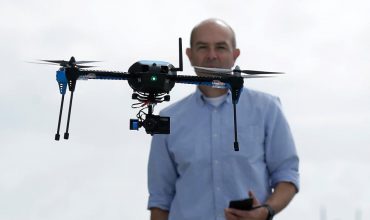 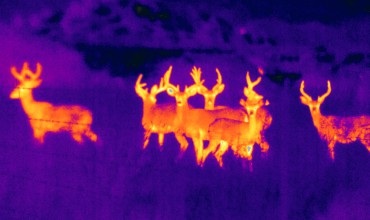